Last week we were at the Specialty Tools and Fasteners Distributors (STAFDA) Trade Show, where tool and accessory manufacturers get together to promote their products to tool distributors around the world. There were some exciting new products we finally had a chance to get our hands on, some of which we already knew about, but others that were pretty exciting new things. In the coming weeks we will circle back and do full reviews on many of the products we take a look at here. Also check out our Facebook Album for more photos from the show. 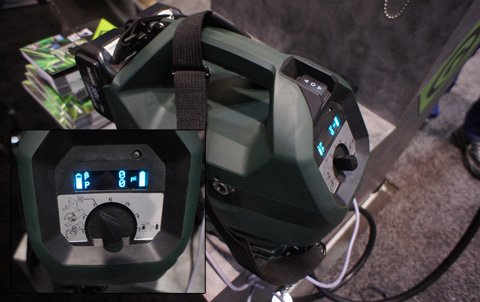 Greenlee has some interesting new tools in their booth, including this cordless hydraulic pump which is powered by 2 Makita 18v LXT batteries (apparently a common theme this year). The pump will power most of the smaller Greenlee tools including crimpers, knockouts & more. The unit was used in coordination with the new Speed Punches, which can handle up to a 4” punch and go on and off 3 times faster than traditional punches, thanks to the “no thread” setup.

Dewalt really put on a show with a lot of new products, several of which are new partnerships using the Dewalt name. Most impressive were some of the new cordless items we saw, including the 12V wall scanner, 20V cordless radio (w/charger & outlets) and a new 20V brushless nail gun. This is the first brushless tool we have seen other than a drill or impact driver from anyone, so we are very excited to learn more and see how that technology translates to other tools. 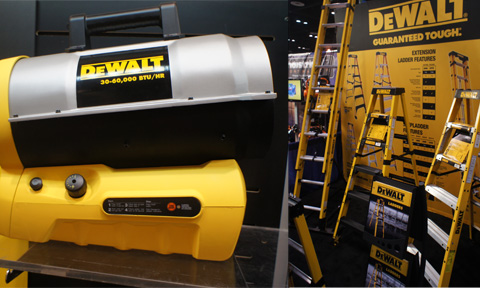 Dewalt has also licensed their name for use on several other product lines, an idea we would normally be very negative towards. However, the products Dewalt has selected do make some sense and are very good brands, in our opinion, so they are not just slapping their name on junk. Louisville Ladder is now making the Dewalt line of ladders, which include a 500lb rated ladder exclusive to the Dewalt name.

Also, Dewalt now has a line of portable heaters which are produced by HeatStar, including a version of the HeatStar cordless heater. It’s not uncommon for these types of deals to happen behind the scenes, but with these partnerships both brands involved are not hiding the relationship, which we can appreciate for their honesty and respect for consumers’ intelligence. The Powers Fasteners line (recently acquired by Stanley parent company) was also represented in full force next to all the Dewalt related concrete products for a full solution. 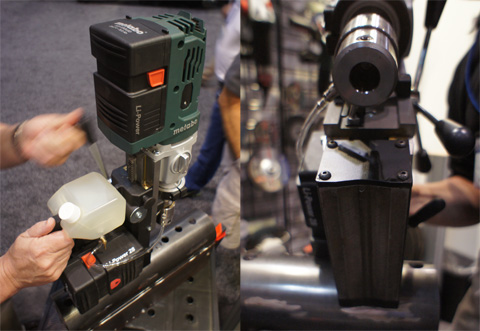 Metabo had their first-to-market cordless Mag Drill on display, which was pretty impressive. We were very impressed with the built-in pipe mountable base which makes this a very unique tool. The price tag on one of these is a bit steep, but there really is no other option for a cordless power mag drill currently. 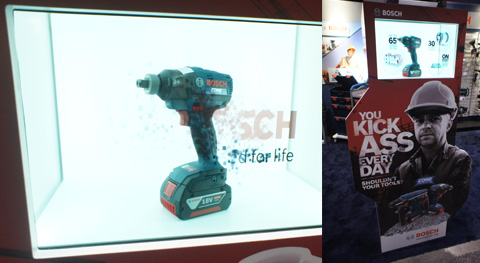 Bosch had some very exciting stuff in addition to the big switch that is occurring to their L-Boxx system on many tools and accessories. We got the first look at the new 12v radio, which of course fits into the L-Boxx, along with other 12v tools, and the L-Boxx with the LED light in the top. The big star of the show was the Socket Ready 18V impact driver that has a very unique head that accepts both ¼” hex bits as well as a ½” square drive accessories. This is an innovative tool which we will certainly cover in full detail shortly, also the coolest interactive clear display at the show. Bosch was also representing the Simpson Fastener line in their booth and vice-versa so we will be excited to see how this Bosch-Simpson Partnership comes together in the coming months. 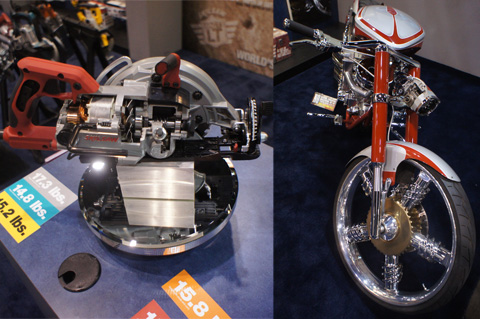 Skil had their new, lightest in class, worm-drive saw on display right next to the customer built Skil Chopper (featured on American Chopper TV show) custom built by Paul Jr., who was also in attendance for the Bosch/Skil party after the event. 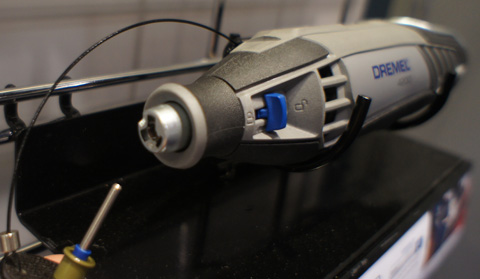 Dremel had the new 4200 rotary tool which has a very nice tool free accessory change feature. Regrettably, it does not look like these new Dremel tools will be ready for the holidays…

Milwaukee Tool had several cool new things in their booth that are not available yet. The M12 Fuel Brushless Tools were really the stars of the Milwaukee show this year, which we had already gotten some hands-on time with them previously. Instead of rushing these to market for the holidays Milwaukee staff told us they wanted to hold back and make some needed tweaks that will really make these 12v tools competitive with most other 18v tools on the market. This would include upgrades like a ½” chuck on the M12 Fuel Drill and launching with all 2.0/4.0 Red Lithium batteries. Milwaukee also launched their brand new Sawzall “Double Duty” blades for metal cutting which we will be testing shortly. 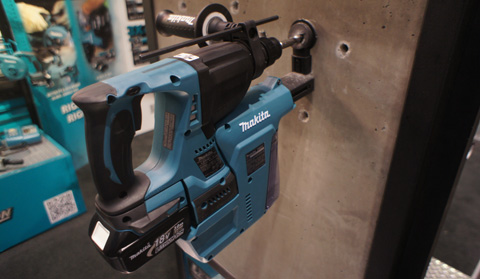 Makita has several exciting products of their own including the 18vX2 (36v adaptor) SDS rotary hammer drills which we took head-to-head against the corded Hilti with nearly identical performance. We found out some great info about this product, such as both batteries need to have a 30% charge to work, and the 36v adaptor can work on any of their other 36v tools. This means in the future we could easily see more investment in the 36v line of tools since they would now have the option to be powered by 18v batteries. Hopefully we will see a multi-bay 18v charge soon. We also got to use the new 18v HEPA SDS rotary hammer which was also extremely powerful (brushless motor), very clean, lightweight, and ideal for overhead use. 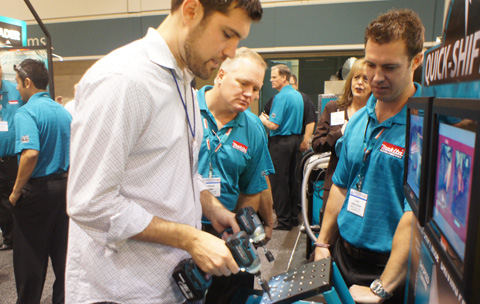 We also had the first look at their new impact driver which featured a 2-gear system to actually lower torque once a fastener has been set. This would keep from breaking the heads off screws and bolts as well as extend the life of most accessories. We had just a moment to test it out and it was easy to feel the difference. However, if you wanted to break the head off a bolt you certainly could. First thoughts were: Will this replace the existing impacts? Will the cost be the same? If both answers are yes this should be a hit, if not and the price is more it could struggle just because it’s too hard to explain. We will need a little more time & testing to really give our full verdict on this new feature.

We visited many other booths and saw many more exciting products, all of which we will continue to follow up on in more detail. Overall we thought the show was pretty exciting with more vendors and attendees than we had seen in several years. We are already looking forward to STAFDA 2013 which will be in Las Vegas!