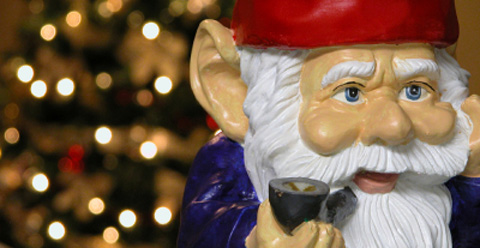 Black Friday and the holiday shopping season will be upon us shortly which means it’s time to start thinking about the perfect gift for the handy guy or gal on your shopping list. We here at Coptool put together a few nice gift ideas we personally wouldn’t mind unwrapping Christmas morning. With a wide variety of price ranges and interests in mind hopefully some of the items on this list will be that perfect gift or at least give you some good ideas for yourself.

The Latest & Greatest Gadgets of 2012 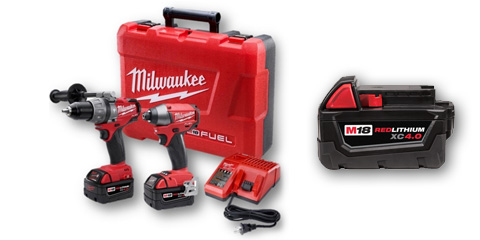 Brushless Drills & Impact Drivers are all the buzz right now, it is pretty much an accepted fact the technology is significantly better with longer runtimes, more power and all from a smaller frame. The home run this year is the M18 Milwaukee Fuel Combo Drill & Impact 2797-22 ($399, Ohio Power Tool) which feature not only the latest and greatest brushless tools but also the new M18 4.0Ah batteries adding 33% more juice to the equation. All the Milwaukee Tool orders on Ohio Power Tool over $100 this holiday season will include Free Shipping as well! Brushless tools that didn’t make it to stores in time for 2012 include the M12 Fuel Brushless Tools and the Bosch Core Impact Driver with a ¼” hex & ½” square drive head, looking forward to those next year.

Compact Plunge Base Routers are a great gift idea as a starter router for the new woodworker or as a specialty router for the seasoned pro. These tools are very well priced starting with the new Bosch Colt Plunger Kit PR20EVSPK which is only $174 with the current promotion of $25 off orders over $100 on all Bosch items (with Free Shipping). We have also had some very good luck with the Makita Router Kit and it looks like the Porter Cable Kits (almost identical to the Dewalt unit covered in Porter Cable post) are even lower around $160 now.

Milwaukee M12 Bandsaw 2429-21XC ($199, Ohio Power Tool) is one of our favorite new tools of the year. It is ideal for zipping through rebar and pipe up to 1-5/8” in seconds flat. We continue to be really impressed by this little saw for a wide range of professional applications but around the house it might be hard to justify the purchase.

If you are in the market for a new miter saw we have been very impressed with the Bosch 12” single bevel CM12 for $324 after getting the $25 off instantly (Good on all Bosch orders over $100). This has all the features you would need from a high performance saw but at the same time it is also stripped down loosing the duel bevel and slide rails. This is also the most easy to transport 12” saw we’ve ever handled.

The Ingersoll Rand W7150 ½” cordless Impact Driver has been one of the most popular and hard to get your hands on tools of 2012. This impact actually matches the torque of the IR titanium 2135TiMax which has the highest power to weight ratio of any ½” impact, air, electric or cordless. This could be the tool that really changes the landscape and makes cordless tools more popular than air tools in some shops. For the pro mechanics or very serious garage tinkerer this is the gift of 2012: 1 Battery kit W7150-K1 $399, 2 Battery kit W7150-K2 $499.

The Season 3 Milwaukee M12 Heated Jackets have been upgraded with several new features that make these very hot items this year. Milwaukee has already run out of stock on most sizes of the Black & Camouflage so when retailers are out these babies are gone until next year.

The 20” Gas Powered Dragon Saw should get you excited just by looking at it. Do you need to cut strait through poured concrete walls, probably not but if you did this would be the tool to do it. When not in use it would also look pretty sweet on the mantle over the fireplace. Assuming price is no object of course as these bad boys will run you about $8000 for the DGS60 20” model.

Sometimes the best gift you can give is a little piece of mind whether to yourself or the whole family.  This is probably pretty high on the list for many on the east coast whom have spent the last several weeks without power. A standby backup generator doesn’t get used that often but does provide a lot of peace of mind, will protect the home against catastrophic disasters such as basement flooding, pipe freezing and is a good investment in the home in terms of resale value. Unfortunately with factory back orders and installation time needed it probably won’t be installed before the end of the year but it is still a good idea to act sooner rather than later.

Is there a spot in your house that isn’t quite as warm as you would like to and can’t seem to get it where you want without turning the rest of the home into a sauna? Check out the TPI HotPods (which I can’t say out loud without using the Jim Gaffigan “Hot Pocket” voice) which is a 6” or 8” induct heater that can accelerate and increase the temperature of the air coming from the furnace. Check out our recent post on these units and the terrific acting in their video on the product.

Maybe not the newest tool around but there is a very nice deal on the Bosch 12V combo kit CLPK22-120 which is only $99 after getting the $25 off instantly (Good on all Bosch orders over $100 with Free Shipping). For a chance to win one of these combo kits for free, Ohio Power Tool is running a Facebook Sweepstakes right now, just like the page and you’re in.

This holiday season Milwaukee Tools has several Drill & Driver Bit Sets that are very attractively priced under $25. Some highlights include the 22 piece Shockwave Puck driver bit set, 38 piece Quik-Lok driver & hex drill set or the massively large 90 piece kit that gives you everything but the kitchen sink.

Edge Brazeau Polarized Sunglasses come in Matte Black or White and have both been incredibly popular this year. Stylistically a very attractive sunglass but these are actually ANSI rated as safety glasses which will protect your eyes better than glasses 5-10 times more expensive. See how the Edge Glasses hold up to direct shotgun blasts. 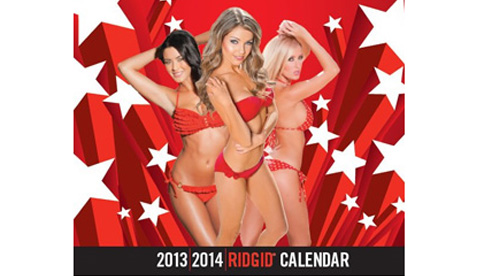 Ridgid Tool Calendars 2013-2014 are now available, that’s right pretty girls and power tools for the next two years, it’s the gift that just keeps on giving. It’s only $15 or free with any other Ridgid Tool purchase from Ohio Power Tool.