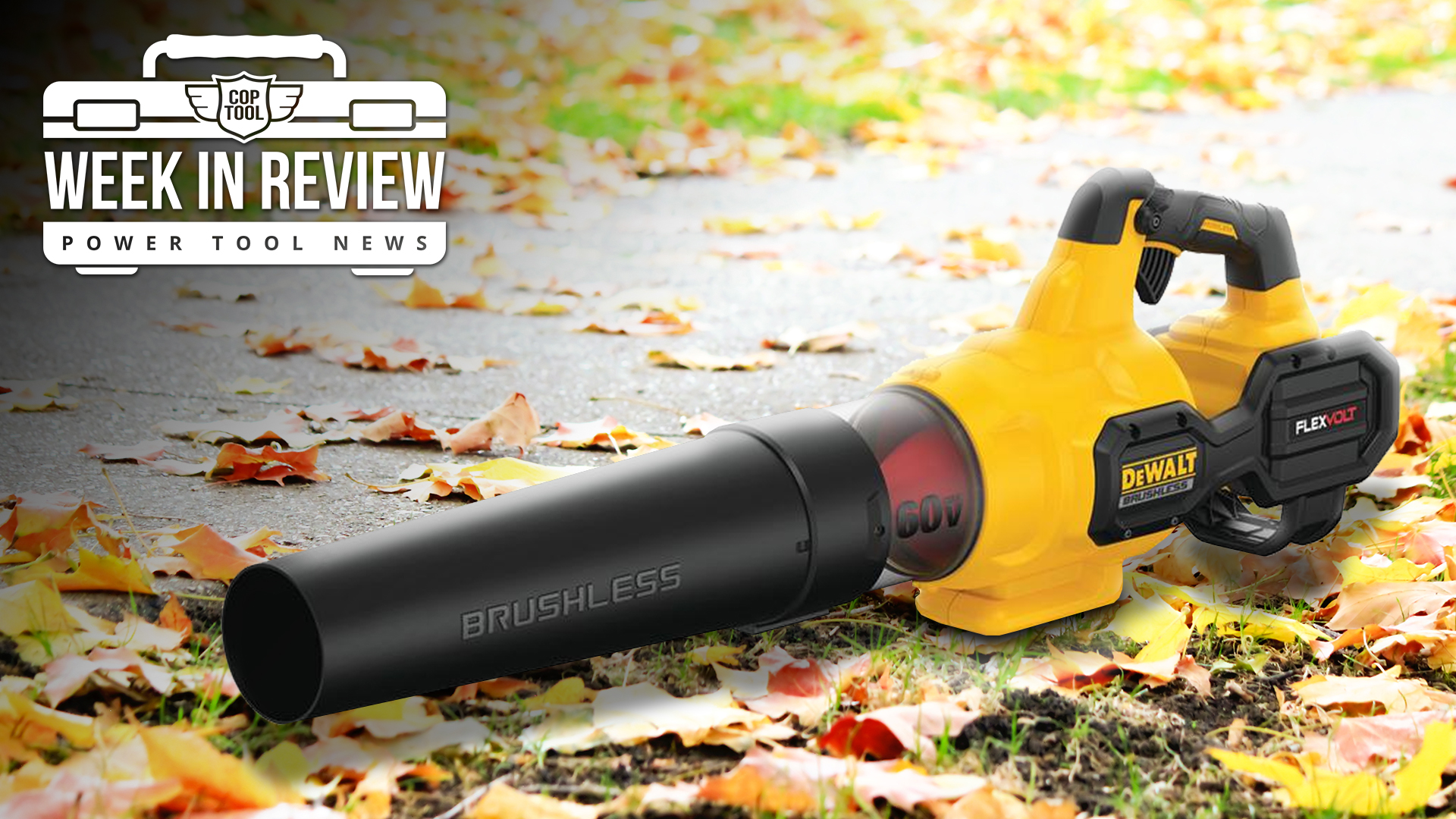 This week the French Canadian falls for a nailer, VCG falls for a few impacts, The Addicts beat a dead horse and Matt Risinger beats earth into a house! All of that and more! This is your Coptool Week In Review!

VCG Falls for a Few Impacts!

We all love Vince at VCG, for many reasons, most of all because we’re terrified of what he’d do if we didn’t. But once in a while, burnt motor fumes puts Vince asleep and Nick gives us some VCG goodness at a pace we can all relax to. This time Nick decided to look back over the last few months of Tool Test Raw fights, and comes back with his top 3 Impact Drivers. Of course his choices are all wrong, but he invites you to correct him in the comments. I somehow don’t doubt you will. You can find them at VCG Construction on YouTube.

Earlier this week Toolguyd featured a new, unannounced Dewalt Flexvolt blower, this time in an inline, or axial form factor, instead of the traditional blower fan design. The specs he found are significantly improved, at 125 MPH air speed and a hefty 600 CFM. As Toolguyd points out, with great power, comes itty bitty battery life. So far it appears to be a Home Depot exclusive, and only available in store. If you happen to pick one up, let us know what you think! You can read more about it at Toolguyd.com.

Remember a couple weeks ago when we featured a series of videos about the same Skilsaw miter saw, and everyone got wildly different results? Well the Workshop Addict crew couldn’t leave well enough alone, and decided to take their example apart, bit by bit, and try to figure out why they had so many problems. For nearly 30 minutes they do their best AVE impression, but they don’t seem to find any answers, however they do note: “It’s very well put together”. As you’d guess, if you love tools like we do, it’s always fun watching someone take them apart. You can watch for yourself at Workshop Addict on YouTube.

Sarah’s Project of The Week

For this week’s Project of the Week Brad from Fix This Build That put together an entertaining video where he runs you through several handmade gift ideas for Mothers Day at multiple skill levels. There is really something here for everyone! If you are looking for ideas for the perfect Mother’s Day gift you can find Brad at Fix this build that on YouTube. If you have a project or find a project you think I should feature on the show send it to me in an email at projects@Coptool.com!

As you can imagine, we spend a TON of time on YouTube. There’s a lot of great stuff out there, but more often than not we end up on Matt Risinger’s channel for the truly unique content in the world of home construction, and this week, he didn’t disappoint. Matt hitched a ride in his brother in laws plane and went to West Texas to see a jobsite featuring a cluster of 8 buildings, all made with Rammed Earth. If you’re not familiar with this construction method, it’s basically pounding dirt back into rock. The 2 foot thick walls feature a huge thermal mass, making them hold a consistent temperature inside, much like a basement. Besides being functional, the walls are actually very beautiful. If you’ve never seen Rammed Earth before, you can find it now at Matt Risinger on YouTube.

If you live in a steel building you no longer need to deal with crazy temperatures anymore thanks to some cool Foam IT spray insulation demoed by Tools by design on Instagram. Using a closed cell foam, not only does it help regulate temperature, but it actually adds rigidity to the garage they’re spraying in. They do warn you to remove anything you don’t’ want covered in foam, before you spray. You can see the foam in action at Tools by Design on Instagram.

Foam it! Closed cell foam insulation application in action. A steel building in Florida is basically a classy way of slow cooking yourself. This closed cell foam will insulate the building thoroughly from floor to ceiling. The foam also provides tremendous rigidity as it turn the building into one solid structure. Great for high winds. Is closed cell foam is going to make it much easier to obtain a constant temperature in the building as well as keep humidity levels low. Closed cell foam R-value: 6-7 per inch The garage is getting roughly 2" of foam. . . This stuff is really cool to watch installed but boy is there a lot of foam particles floating in the air. My phone took one for the team. I'll see if any of my GoPro footage came out as well. #foam #insulation #closedcell #garageshop #workshop #workflow #workspace #letsdothis #woodworking #electrician #plumber #hvac #mechanical #construction #details #contractor #diy #diyproject #maker #dreamshop

If the French Canadian Carpenters are good at anything, it’s falling hard for hard working power tools. It was more of the same this week when Thibault took a moment to comment on his now year long love affair with his trusty Skilsaw. He suggests that the saw is Strong, precise and built like a tank. Three qualities he says he loves in tools. By sheer coincidence, those are the same qualities I like in my tanks. Thibault goes so far as to declare his worm drive circ saw his number 1 tool of all time. He then asks us to share our ultimate tool. You can share yours at French Canadian Carpenter on Instagram.

Clearly the tool I love the most. . . More thana year since I bought this skilsaw, and I can't be more happy. Still going strong, precise, and build like a tank, three major quality that I love on tools. . . I was cutting LVL and needless to say that my blade was a pure piece of junk. Almost half of the tooth was missing and even with that this skilsaw cut like butter. It means a lot for me simply because you don't always cut with a fresh brand new blade. So the fact that it cut easily even with this crappy blade is a big plus. . . This is my number 1 tool of all time but what is yours ? What the ultimate tool that you can't live without ? ??????

Speaking of Jigsaws, we noticed the ToolPig is giving one away this week! Our favorite tool obsessed “pack of bacon” is asking you if you’d rather win a DeWalt or Milwaukee jigsaw. Answer him in his comments for a chance to win. You can find him at Toolpig on Instagram.

?giveaway? Which jigsaw would you choose? @dewalttough or @milwaukeetool ? Follow @shopmaxtool , Like this post, Tag a friend, let me know which saw you would choose and you will be entered in the giveaway! We are hosting a contest with @shopmaxtool and the winner gets to choose one of these Hottest on the market barrel grip jigsaws!! US only unless you discuss shipping with me before entering. • • Also 10% off any DeWalt or Milwaukee order ends today! Use code TOOLPIG. #finishcarpenter #finishcarpentry #jigsaw #saw #scrollsaw #sabersaw #cordlesssaw #cordless #cordlesstools #woodworker #woodworking #carpentry #carpenter #woodshop #contest #giveaway

Go to our Giveaways Page to Get Entered! 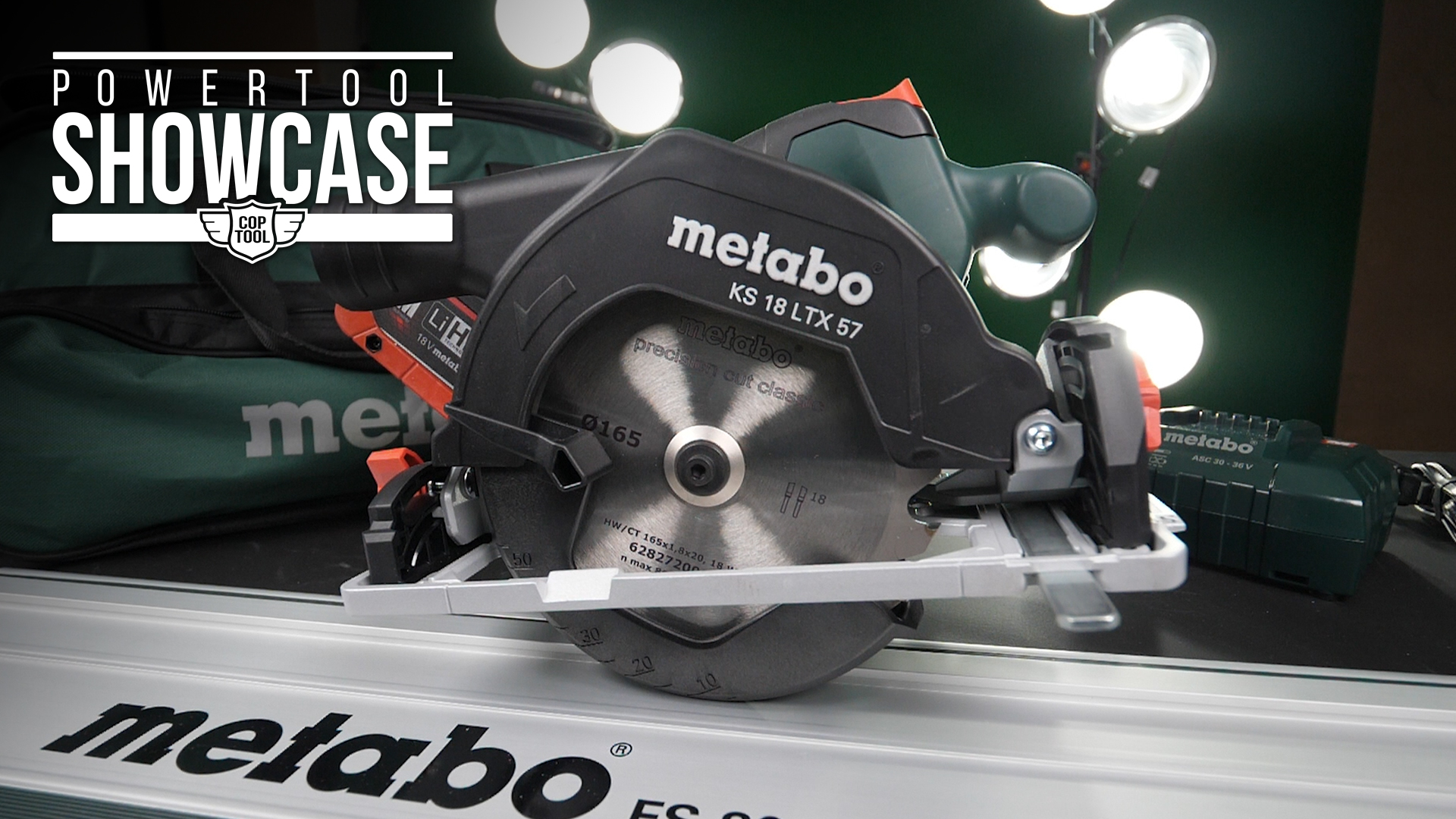 Thank you for watching! BEFORE YOU GO! Don’t forget to like and subscribe so you don’t miss out on anything!