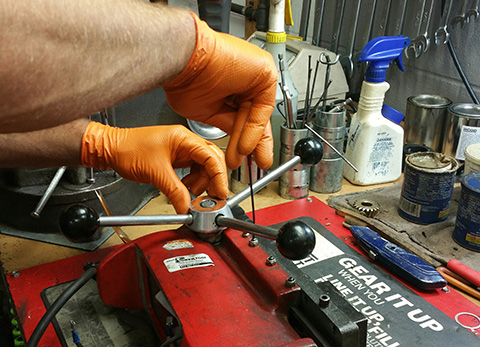 There are tons of brands out there selling disposable gloves with many different names and promises slapped on the side. Most are targeting the very high volume of usage in food processing, medial fields and other related industries. The trouble is finding the right heavy duty gloves for use in construction, mechanics, plumbing, repair and other professional trades which have pretty different requirements. You need something with finger dexterity, but tough and something that can handle grease and chemicals that would eat right through your typical food or medical grade nitrile gloves. See video below with the WD-40 chemical test on disposable gloves.

At first glance this seems like a simple task which might take a week or so but that wasn’t the case, the repair techs at Ohio Power Tool test out dozens of different gloves from just about every sources, comparing pricing and see which worked best (over a year total). These guys are tough critics and use disposable gloves daily doing lots of different tasks. There are really only a handful of manufacturer’s (in the world) who make these types of gloves for all the different brands but we found not all gloves are created equal and that color, black or blue or orange glove are definitely not all the same. 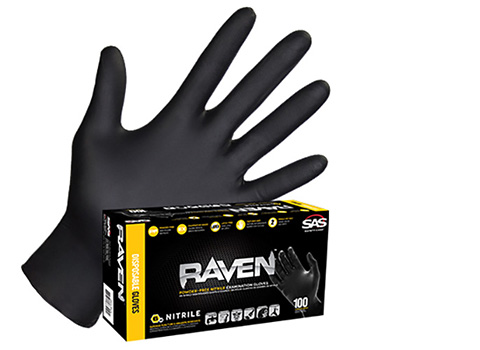 For work around grease and grim the Raven 6 Mil Disposable Gloves ($9.99, box of 100) all black gloves will definitely still look the cleanest at the end of the day, just don’t shake anyone’s hand. They hold up much better than similar 6 mil gloves to various chemicals and solvents, other than break cleaner. Great for all sorts of work where finger dexterity is key which make them great for mechanics as well as lots of other professional trades. 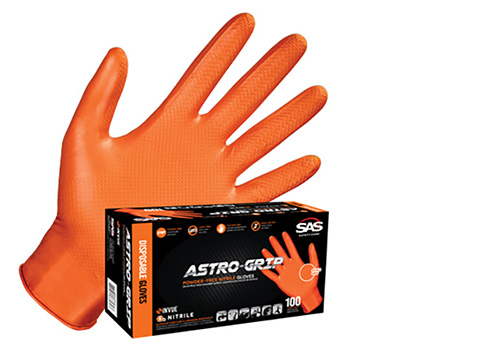 Similar to Ravens with 6 mil thickness as well as holds up excellent to most grease & chemicals but with a reinforced cross scale pattern the Astro-Grip 6 Mil Disposable Gloves ($10.39, box of 100) are even more heavy duty. These are bright orange instead of matte black so definitely don’t look as cool but the reinforcing definitely does add more strength against wear and tear. The finger dexterity is very similar and scales do add additional grip. 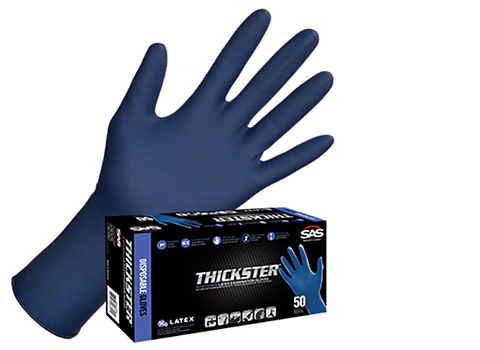 Sometimes you get to the really nasty jobs where you just want to make sure that glove is not going to break and that you can throw it away as quickly when finished. We first heard about the Thicksters 14 mil Disposable Glove ($11.99, box of 50) at a recent safety show. We were talking to the folks in the SAS booth and a guy came in asking for the Thicksters, said it was all they would use, best glove on the market. 14 mil is very thick, I asked who he worked for and he said the correctional dept. I didn’t need to know any more about where those gloves were going but willing to take his recommendation. We got some in for the OPT techs to try and these are way too thick for handling small screws or normal repair work however for the really gross tasks like a extra nasty drain cleaner repair they are happy to also have the a couple pair of Thicksters on hand as well, they haven’t had a tear yet. 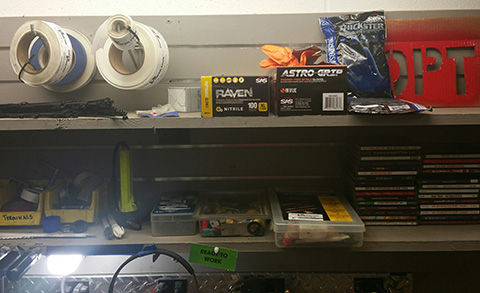 All in all the SAS Disposable Gloves seemed to offer a wide range of options and a very good price point. These 3 types are the best they found for the demands of professional trades. There are certainly other gloves out there that’ll hold up but it was surprising to us identical looking 6 mil gloves from other sources would perform not nearly as well. Not all gloves are created equal, there was some pretty negative feedback on some of the different gloves. 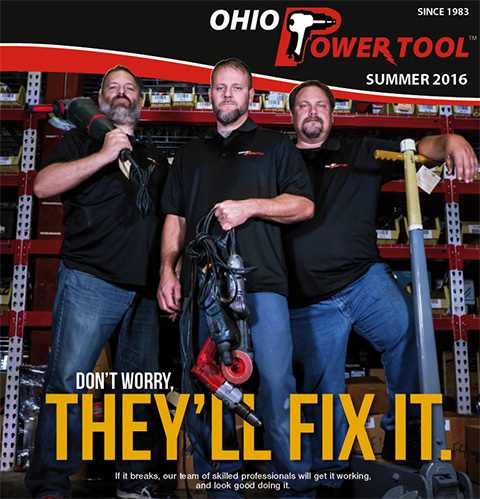 Ultimately the thumbs up from the OPT repair techs meant there were going to add whatever that line was to sell and feel confident enough to recommend to their customers, so a few months ago they added SAS Safety in part for disposable gloves but they also offer some nice option on respirators, coverall suits and other safety products.