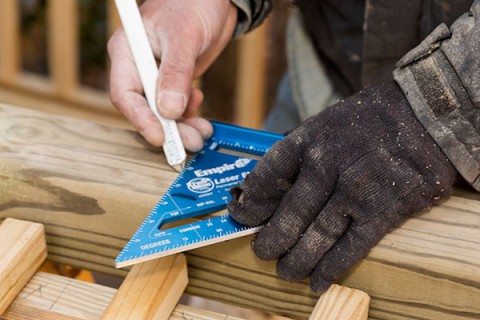 If any tool company I know of is not afraid to innovate, it is Milwaukee Tool. Whether they are producing markers, different types of utility knife blades, or the latest and greatest bottle opener, Milwaukee is not afraid to put a new tool on the market. When Milwaukee acquired Empire Level last year, it was only a matter of time before new Empire products started hitting the shelves. Lo and behold, the new Empire laser-etched, high-visibility squares have been announced.

The Empire High visibility rafter and framing squares boast more than twice the accuracy of a traditional square, and the laser etched markings will never wear off over time. They are also made of anodized aluminum so they will not rust, corrode, or crack. Perhaps the most interesting is the rafter square’s laser etched QR code, which can connect a smartphone to an online rafter book filled with common application instructions and conversion charts. Check out the full press release below. 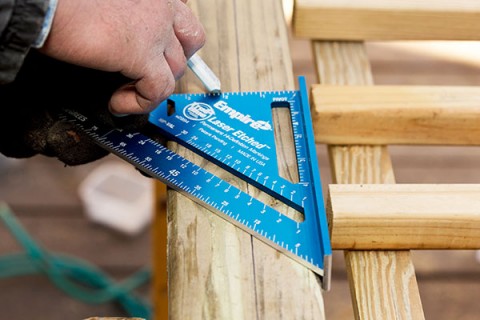 Ohio Power Tool will certainly have the new rafter squares in stock as soon as they are available, so be sure to check out their great collection of Empire Level products, and as always, call a pro at 800.242.4424 if you have any questions.

“With highly visible laser-etched graduations, the new squares are 2 times more accurate than traditional squares and will never wear off, giving users the confidence that they are measuring correctly the first time,” says Rick Gray Sr. VP and General Manager of Empire Level. “We know that our users don’t have time to re-work mistakes, so we are committed to increasing their productivity by providing the most accurate and durable layout and measuring tools on the market.”

The new squares are constructed of 6063 anodized aluminum for maximum durability so they will not rust, corrode, or crack. The 7” Hi-Vis Laser Etched Rafter Square (e2994) also features a 40% wider heel, providing more stability on any working surface.

For added utility, the Rafter Squares also have a laser etched QR code to connect users with an online rafter book for common application instructions and conversion charts.