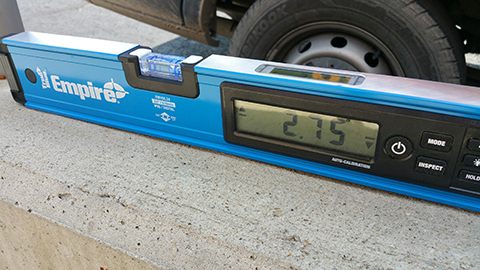 Empire has had digital levels for some time as the e100 series but these new series e105 and em105 bring some nice improvements which really make these arguably some of the best digital levels around. Historically digital levels have been required to verify grade for certain tasks such as setting ADA pads on sidewalks or wheelchair ramp spec in a project. We are however seeing digital levels becoming more and more common place simply for accuracy of any task, setting hand rails on stairs, putting a slight slope on a floor, looking for perfect .00 level, etc. It’s a digital world, if you are looking for accuracy in a level and willing to spend $99-$199 range, certainly you should consider going totally digital.

These new digital levels bring large displays which are very readable indoors or outdoors with nice contrast. A second display on the top makes these level readable from any angle. Of course very durable construction with removable end caps and include a case for protection when stored. Since these levels are becoming more popular as every day levels of course you can now get them in magnetic with the em105 series; em105.24 ($129) or em105.48 ($159) with several other sizes available. 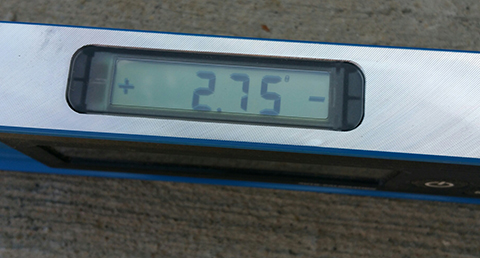 What sets any levels apart from the rest is accuracy, Empire offers several precision modes for 1/10th degree, 1/100th degree, mm/m down to .00 or rough in Modes in single degrees or .00 in/ft. IP65 rating which is equal to any others on durability but typically when someone is dropping $100+ on a level they treat it a little better than the $19.99 knock around i-beam. 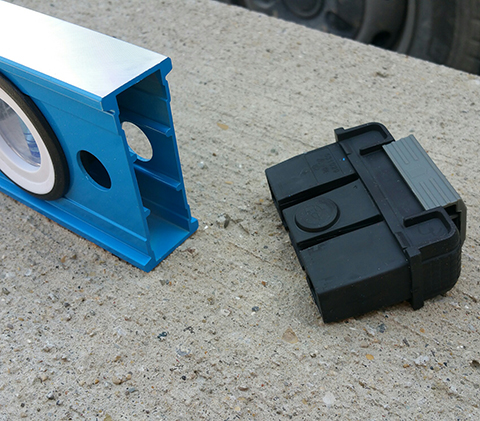 When Milwaukee Tool acquired Empire Level they clearly saw some opportunity in the market to bring their product innovation to the market and continue to be strong with value i-beam & box levels but also go after Stabila premium levels with both Empire and the Milwaukee Red Stick levels. The e105 and em105 digital levels are very competitive with the Stabilia TECH digital 196-2 series in about every way but $50-$100 less expensive. We think they will find good success offering a better value with similar quality at a big savings. With the Milwaukee Red Stick levels they entered the market with a good product but as of yet still an unproven product and wanted to get the same price as the time tested Stabila which has not been as well received. 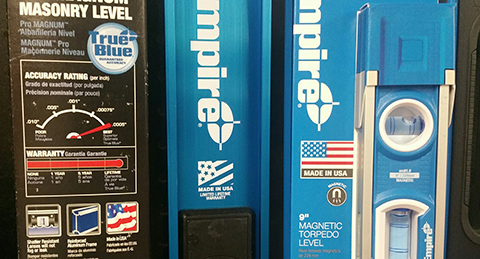 Made in the USA

Empire Level does have manufacturing in the USA, in fact all the vials for all Empire and Milwaukee Red Stick are made in Milwaukee, WI as well as many Empire levels themselves down to the inexpensive 9” torpedo em81.9 ($8) or any of the i-beam e55 or em55 series which are great value levels, a 24” magnetic under $20. Unfortunately the high end (most expensive) Milwaukee Red Stick levels were not built in that factory and in fact shipped the USA made vials overseas to be put in the levels, then shipped the levels back to the US which didn’t help the cause. Milwaukee has been expanding their USA manufacturing capabilities as we saw just last week at the Milwaukee Tool Factory Tour in Mississippi where they make accessories. Overall we think the Empire Level crew is really doing a lot of good things with their full product line and hopefully they will be greatly expanding that Empire factory in Milwaukee,WI for more made in the USA products!