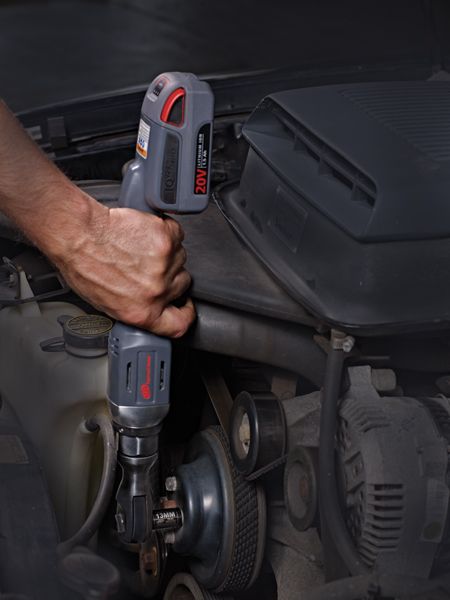 The Ingersoll Rand IQv20 Impact Wrench is a pretty awesome tool. In fact, it is so awesome, that I have fielded calls from customers who have told me that this tool is far too strong for them, and they need an older, not-quite-as-awesome version of it to do their job. While it is true that the crushing 1100 ft-lbs. of torque that the W7150 offers may not be ideal for every situation, the older and less powerful tools in the Ingersoll-Rand IQv Cordless were never very widely adopted, and are possibly on the way to a phase out after these new tools hit the market.

Ingersoll Rand has released a bevy of new tools that all fall into the IQv20 line. They have high-cycle impacts for assembly line work, mid-torque impacts for when 1100 ft-lbs. is too much, cordless socket wrench style tools, and even a drill/driver and a work light. Everything besides the light is available not only as a bare tool, but also in one or two battery kits (the light is only available as a bare tool). 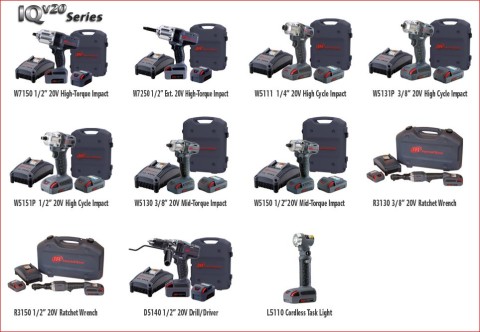 A list of the entire line is as follows:

I think that this is great news for people who have already bought into the IQv20 line with the W7150 or the W7250 and need some more tools to make their investment in the two batteries and charger a little more worthwhile. At the same time, all the people who were reluctant to buy into the line or were having trouble finding replacements or repair parts for the older ones have a much more enticing reason to get themselves some Ingersoll Rand cordless. I know for one that cordless ratchet wrenches are kind of a unique tool, and the people that already own a W7150 or W7250 might find a bare tool version of one of these a great addition to their tool arsenal.

All of the IQv20 Tools are available for purchase at Ohio Power Tool, along with the rest of the Ingersoll Rand cordless line. If you have any question about Ingersoll Rand, cordless tools, or anything else power tool related give them a call at (800) 242-4424.