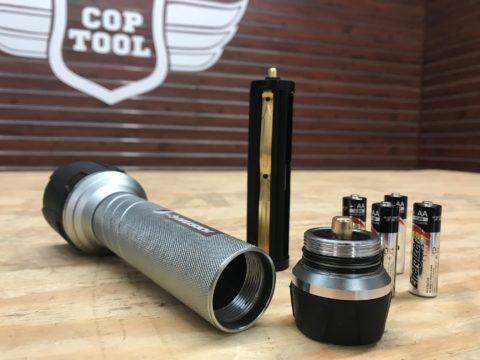 The Husky 500-Lumen Dual beam unbreakable Flashlight is a… WAIT A MINUTE. “Unbreakable”? Sounds like a challenge. 🙂 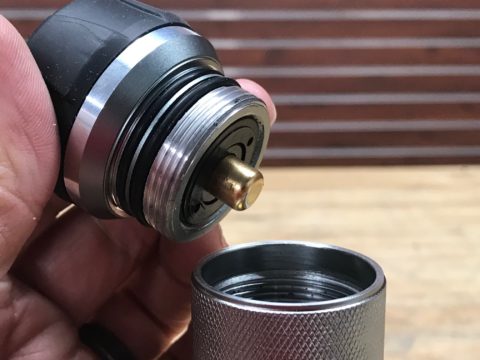 Before we attempt to break the unbreakable, let’s talk about the flashlight. The Husky 500-Lumen LED flashlight is light and extremely durable. When they say it’s “aluminum, they mean it. The only non-metal parts are the two oversized rubber ends that take the brunt of any drop. 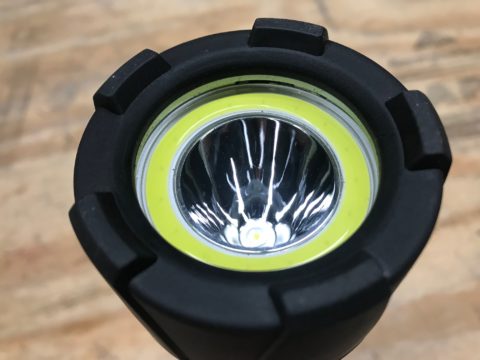 The three-way switch lets you choose between spot, flood and a combination of both. The spot is powered by a single ultrabright LED, while the flood is made up of a ring of smaller LEDs. 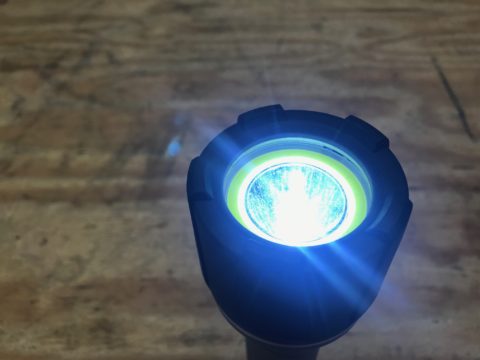 It’s bright. 500 Lumens is nothing to sneeze at, and this flashlight delivers. It’s powered by 4 AAs. We used ours for a week, and the batteries are still going strong, but that’s to be assumed with a low power pulling LED flashlight. 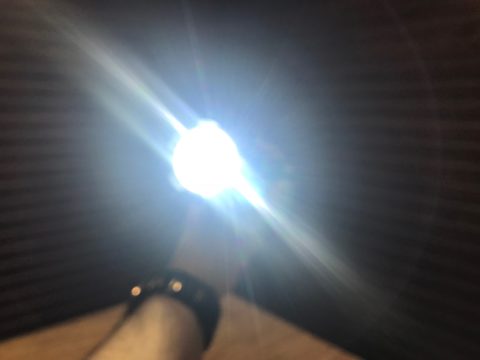 So how durable is this thing? Is it unbreakable? We decided we needed to test that claim. The instructions claim it can take a 30ft drop. It doesn’t say what it’s dropping onto, but we’re going to assume they don’t mean a bed of feathers.

So to test this, we brought it out into our two-story warehouse, and tossed it into the air, adding up to a total of 18ft to the floor. Here’s what happened next:

Yup. It broke. It seemed fine on first impact, but as it lightly flipped over one more time, the light suddenly went out. When we picked it up and tried to turn it back on, the button no longer “clicked”. The light would come on when we held the button down, but would immediately go off as we pulled our finger away.

We were bummed. Then we remembered the Husky Lifetime Guarantee and headed to our local Home Depot. 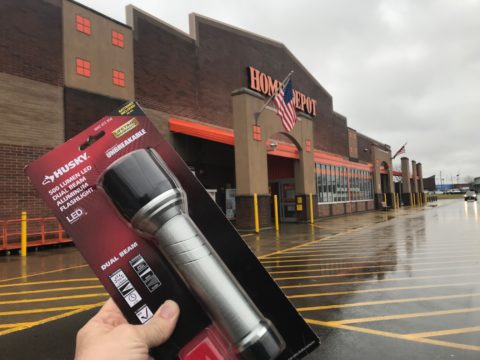 I’d love to tell you they “replaced it, no questions asked.” but they did ask a question. “What happened?”. So I told them the truth. We turned it on a few times, saw the “unbreakable claim” and decided to toss it two stories onto the concrete below, and it broke.

That was it! No receipt, no problem. Just a brand new flashlight. Not bad. 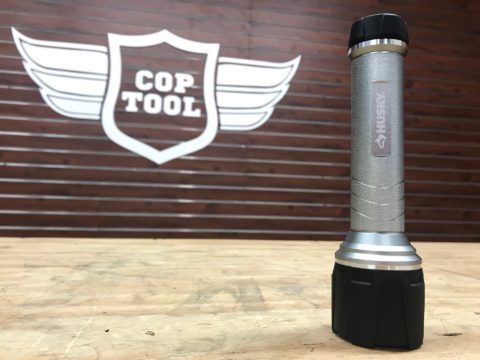 The flashlight may not be perfect, but it works well right up until it doesn’t, and then Home Depot will give you a new one. Can’t really ask for more than that for only $19!

You can get your own at Home Depot!