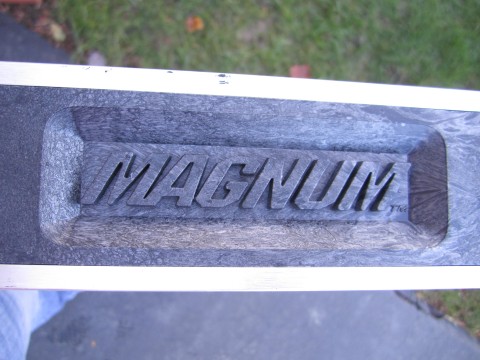 If you look for the Empire e90 series level on a few different websites the word unbreakable will be thrown around by whoever is describing it. I don’t take things being called unbreakable lightly. I distinctly remember upon getting my first “unbreakable” plastic comb I bent and twisted it until it was in two pieces. For me, getting an “unbreakable” level was no different. Unfortunately for me, this level is a lot harder to break than an unbreakable comb. Short of shooting it (see video) or cutting it with a saw, this level could take almost anything I could dish out. It did get a little bit of a bend to it, but as far as I could tell it still read consistent to the reading it had fresh out of the box. You can see a video of the CopTool durability review team abusing the level below.

The first thing we did was throw the level up in the air and let it land on cement. It is pretty feasible that your level might get dropped from a story or two and land on something less than forgiving, so it was actually a little disappointing that on the first or second time the level got a bit of a bend in it. We did not have the capabilities to measure up to the .0005” the level boasts, but it passed a quick visual inspection. 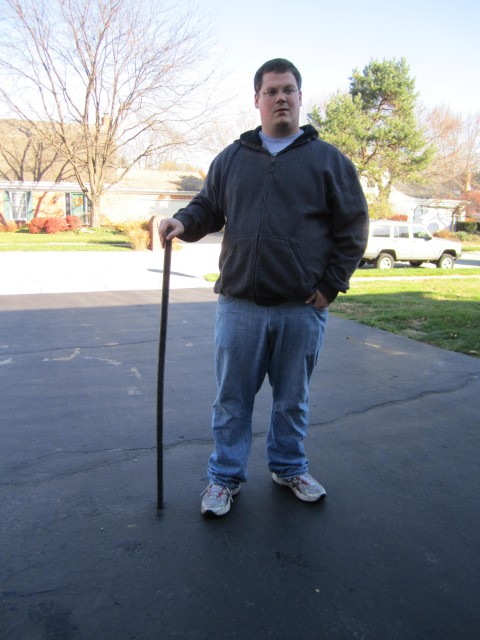 Then, we threw a rock at it, because heavy stuff might get dropped or fall on your level. For added measure, we then broke the rock with the level still underneath it (Comments such as “Why are we protecting the level with a rock?” were ignored). The damage to the level was indistinguishable from how it looked before we threw the big rock at it, but it was a little dirtier. 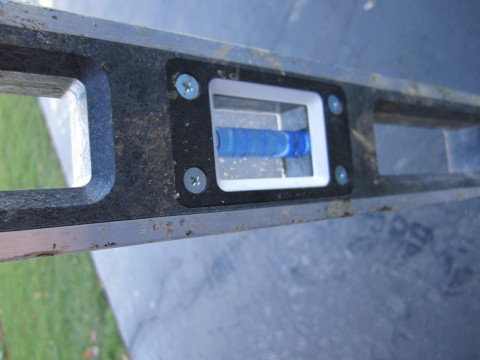 When the rock didn’t do anything, it was time to take off the kid gloves and drive our level out into the country so we could handle it the way we handle all inanimate objects that get a little too big for their britches and shoot it with a shotgun. We used Remington 12 gauge #8 bird shot (can you BELIEVE they don’t make “level shot?”) and shot the level directly on the polycarbonate lens that protects the vial. While it did knock the level down and put some significant scoring on the surface, the polycarbonate window and vial were still very much not broken. 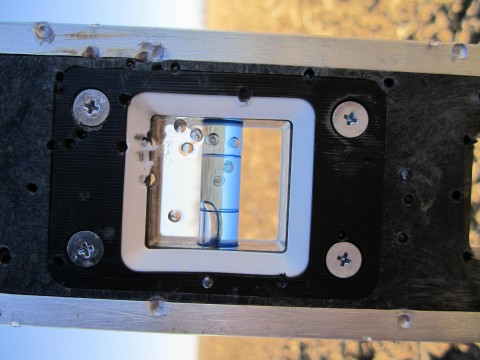 The second shot broke a hole in the polycarbonate lenses, and the third actually managed to break the vial. While this does constitute a broken level, the folks at Empire foresaw this (maybe not exactly this) and made the lenses and vials removable and replaceable. After successfully breaking the level we taped some fireworks to it and set them off, more for an excuse to set off fireworks than because we thought it would hurt the level. The fireworks (three mortar shells, if you are interested) did almost no damage to the level, but it was a little dirtier. More importantly, it still read level when placed on a level surface.

Honestly, the warp the level got to it right out of the gate was a little distressing. It said to me that if your level falls off of a 10’ ladder and lands the wrong way it will be bent. You can try to bend it back the right way, but firstly the level is pretty tough, and secondly that usually results in something that is bent twice in two different directions rather than something that is not bent. As far as the level getting bashed, smashed, and crushed, it stands to reason that the level will not be easily destroyed.