Dremel has decided to re-release the powered fret/coping saw that they developed in the 40s called the Moto-Saw ($99.99, Ohio Power Tool). The Moto-Saw, which was advertised as “more like magic than any tool you’ve ever seen” upon its initial release, is still a powered coping saw, with a throat that is about 9” deep and a reciprocating blade. The Moto-Saw gains a lot of functionality due to the fact that it can be fitted into an easy to mount table with a vacuum attachment, allowing it to double as a small scroll saw.

I have to say that when I first laid eyes on the new Dremel Moto-Saw I was a bit of a skeptic. You have to admit; at first glance it just looks kind of … goofy. It reminded me of an overhead projector from my classroom in the days before every classroom had a computer hooked up to a projector in it. What the saw looks like is neither here nor there, because the Moto-Saw made a believer out of me. 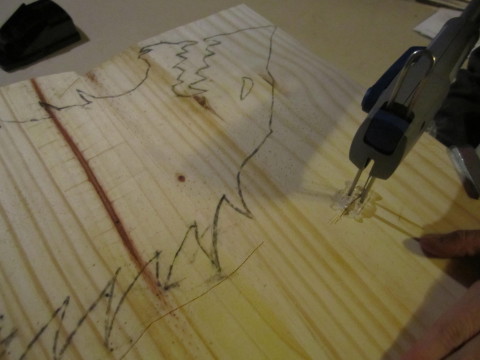 I started by drawing a fairly complicated design on a couple pieces of 21/32” pine. These designs would require a variety of different cuts, and very few of them would be simple straight lines. I decided to use the saw while it was not attached to the table at first to see what kind of control it offered. With wood of this thickness and a full 9” cut, the short answer would be not very much. Maybe I was just being impatient and not letting the saw do the work for me, but the saw, my workpiece, and the table underneath it shook like crazy for almost the entire length of the cut, making it very hard to keep the cut in a straight line. The only purpose of the cut was to separate the two designs on the one piece of wood, but the fact remains that an extended accurate line was pretty hard to maintain without the help of the saw being mounted to its table. 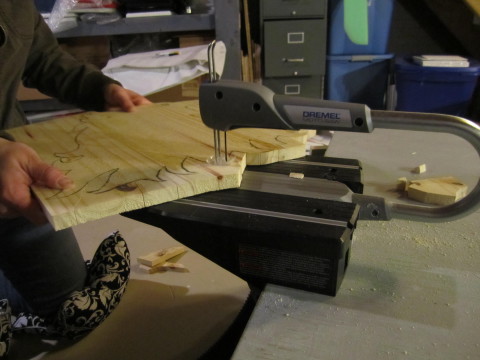 After my designs were separated it was time to actually cut them out. After the difficulty that I had cutting without the table, I was sure to mount the tool into the table before I began. It is worth noting that the saw has to be unplugged in order to place it in and remove it from the table. It was here that the tool really showed me what it was worth. It almost flawlessly performed any cut I had put on the design board. The vacuum attachment worked perfectly, keeping dust out of my line of sight while hooked up to my Ridgid 6 Gallon Wet/Dry Vacuum. The tool has no integrated LED light, so you have to provide your own lighting to make sure that you are getting everything you need to see, but with the vacuum keeping the dust out of the way and the clear plastic workpiece holder made it easy to see any lines that I had put on the wood. 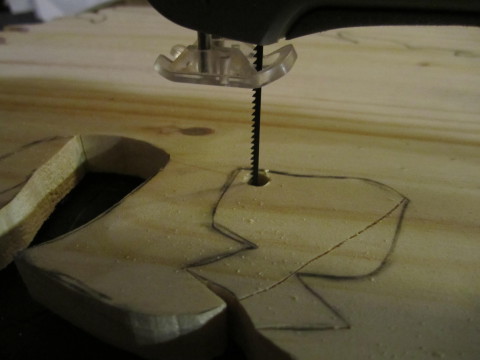 The ability to quickly remove and reposition blades in the saw made for added versatility. The Moto-Saw features a tool-less blade changing and tensioning system, and it works exactly as advertised. To make an interior cut, all you have to do is drill out a ¼” hole and run your blade through it, then reposition and re-tension the blade and begin cutting from the middle of the workpiece. I am not sure if it falls under best practices, but the blades can even be turned around and run backwards to add versatility when working with large workpieces. 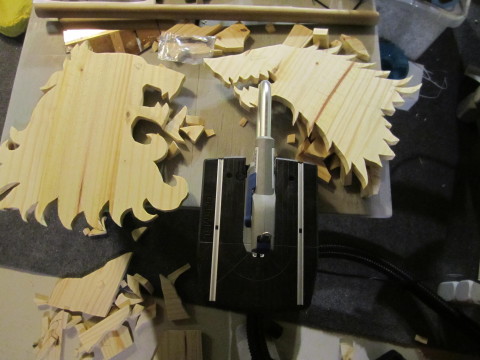 I could not be happier with the way that my workpieces turned out. The Moto-Saw could make pretty much any cut I tried to do. I have to admit I broke a few of the blades, but the saw includes four and it could be the result of my own impatience or the fact that it is not designed to cut wood that is this thick. There were almost no rough edges or burring on the underside of the workpiece after cutting, and very little scoring from the recip action of the blade.

Pros – lightweight and easy to store and set up

-blades change quickly and can be used backwards or forwards

-does very well with intricate cuts

-no integrated LED, must be used in a well-lit area

All in all the Moto-Saw is an excellent hobby saw for those who would have use for making intricate cuts in thinner wood and do not have a lot of space to run or store a larger saw. I know I am going to get some one-ply wood and see exactly how intricate of a design I can cut with it. 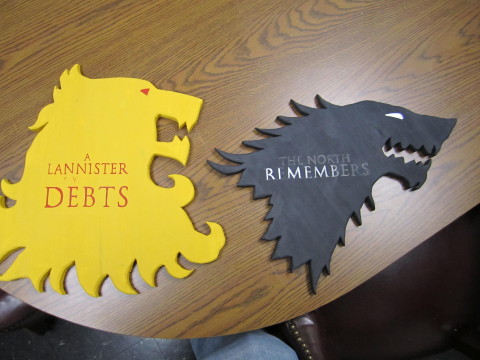 And for those of you who recognized them, those ARE the Stark direwolf and the Lannister lion from Game of Thrones. They are not quite finished yet. 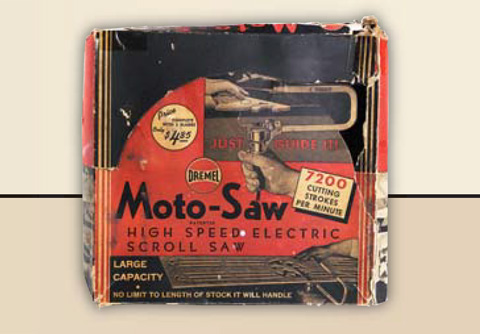 You can find the Moto-Saw, as well as a variety of of other Dremel products at Ohio Power Tool. If you have any questions about the Moto-Saw or any other power tool, you can always call a pro at (800) 242-4424.