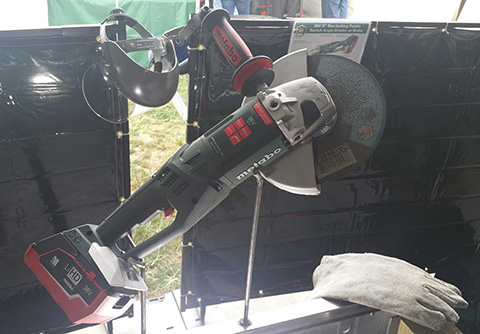 We recently attended the Metabo media event and got our hands on the cordless 9” grinder running on their 36V LiHD which is roughly the equivalent to a 20+ amp corded power tool. No question it was the most powerful cordless tool we’ve ever used. So what’s different with LiHD technologies and how could a tool brand with such a small share of cordless market be ahead in battery technology. 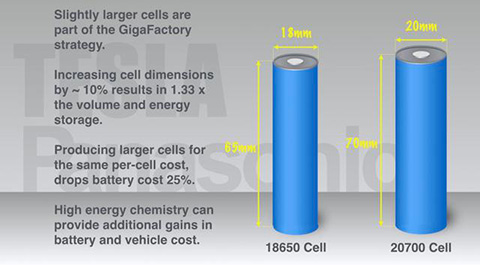 Before LiHD all lithium ion power tools (4v-80v) used some sort of configuration of 18650 li-ion cells, these cells produce 3.6V and measure 18mm x 65mm (hence 18650). There are hundreds of variations of these size of cells that can perform very differently but very few actual manufacturers, two of the most popular are Samsung and Panasonic/Sanyo. Most of the big name tool brands use Samsung but Metabo gets their cells from Panasonic/Sanyo who is focusing their efforts on a new cell standard, the 20700 cell, same 3.6V output but measures 20mm x 70mm. 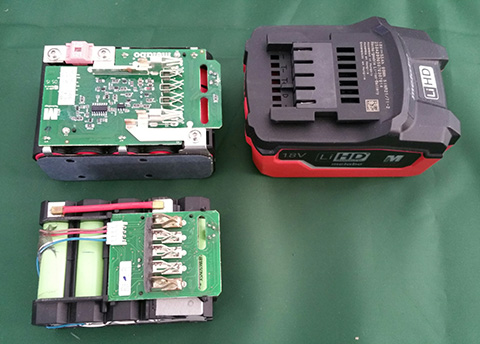 You guessed it the Metabo LiHD battery packs use the 20700 which is why they product the same voltage (based on 3.6v increments) but the battery packs are slightly larger. Just because a technology is better doesn’t mean it’ll be able to hit economic viability or public adoption. Betamax was better than VHS but the market went VHS. Are these new cells really more powerful with longer runtimes? I’m not a rocket scientist, but our good buddy Elon Musk has a team of them and it appears he’s switching his entire empire of car, battery-walls, giga-factory over to the new platform so… it’s safe to say without getting very technical yes the tech is better and yes this will be the economic choice in the future.

“At the annual shareholder meeting on May 31, Tesla announced that its battery output potential could triple to nearly 105 gigawatt-hours of battery cells and gigawatt hours of battery packs for energy storage. Combined, that is nearly three times the total production of lithium ion batteries in the entire world. Musk also noted that the battery plant will also be updating the form factor of its existing cylindrical Li-ion cell that carries a 18 mm diameter and 65 mm height better known as an 18650 to a larger diameter and taller 20700 cell (20 mm dia x 70 mm height).”

Currently the 20700 cells cost more than the 18650 cells so you’ve not seen a huge jump in power tools or other technologies but when this Giga-Factory in Nevada (where Panasonic/Sanyo will be building batteries) gets really going, currently at 14% operational and the world supply of Li-Ion cells may double or even quadruple and most will be on the 20700 platform that’ll change. We should see the price drop 30%+ and it would be a safe bet the future developments will occur on the 20700 platform.

One of the biggest problems with batteries is pulling energy from them without overheating. A lithium ion battery pack, in super simplified terms, has 2 things it can do with its energy: 1. power your tool and 2. make heat. If you give it a very low, constant work load (small led light) almost all that energy will come out as power for your tool however for larger power tools, if you want to run a large grinder for instance, you’ll want to pull lot of continuously power which will likely mean most of the energy from the cells become heat and shutoff after overheating very quickly. According to Tesla and Elon Musk the larger 20700 cells are more efficient than the 18650 at transferring energy without creating excess heat which is why they want to use them in powering their cars that’ll go 0-60 in 2.4 seconds.

How does LiHD technology compare to Dewalt FlexVolt

What Dewalt FlexVolt does is unique, it still uses the 18650 cells but it can be used as a 18v or switch to a higher voltage of 54 volt (3.6V x 15 does not equal 60v) to pull more power simultaneously from 15 cells at once which does allow for a higher work load without overheating the batteries. The downside is it makes a very large battery which only has 2.0Ah runtime when using at the higher voltage (6.0Ah at 18v). When the high capacity FlexVolt battery comes at end of the year it will have 3.0Ah at 54v (9.0Ah at 18v) it will definitely help but runtime will continue to be less when compared to other brands using similar tools on 18v. Think about it as fuel economy in your car, going from a V6 to a V8, hopefully better 0-60 time but it’ll be less miles per gallon even it you drive the same distance.

No question in our minds this technology is very smart however it almost seems wasted on recip saws, circular saws and small grinders which we have seen other brands very successfully do on 18v platforms. They were able to launch the first ever 12” cordless miter saw on the FlexVolt platform which has a lot of power but to do that it required 2x batteries which after feeling power of the 36V LiHD we know can be done by using two of other’s 18V batteries. We’re not saying to write this technology off, we got big expectations for the platform but we just don’t think it’s begun to get anywhere near it’s potential yet. If you’ve now got a V8 under the hood now lets see you use it.

How does LiHD technology compare to Milwaukee M18

When comparing the LiHD to the Milwaukee M18 platform (currently using the 18650 cells) it feels like the larger 20700 cells could be a huge advantage in dealing with heat. We have been to Milwaukee Tools on several occasions and had in-depth conversations with their battery development team (see video below). They have made huge advances in 18v technology and controlling heat, we’ve seen the thermal comparisons which don’t lie. We’ve used the M18 FUEL SDS-Max and M18 FUEL Miter Saw, both very impressive, they have better than corded power using a single 18V battery!

They may very well have the best built battery pack using the 18650 type cells but what’s their next step? From our understanding of basic battery technology it’s not physically possible to make their current M18 battery pack power a 9″ grinder with equivalent power of a 20+ amps. When the largest factory in the world comes on line and starts pumping out lower priced, higher capacity 20700 cells they may have to play a little catch up.

Does that mean we’ll all be using Metabo LiHD Cordless Tools in the near future? No, while they will probably pick up some market share with some pros, especially in metal working trades, it’s not going to be that long before others catch up. As we saw with Metabo since the new packs use the same voltage they work on the older and existing Metabo cordless tools and chargers. On Metabo’s platform you can easily switch back and forth between Metabo’s 5.2Ah (using 18650 cells) and 6.2Ah LiHD (using 20700 cells) so it is very likely we will see Milwaukee, Dewalt, Makita, Ridgid, Hilti and everyone who uses lithium cells start switching over to the newer cells in 2017 or 2018. Certainly their product development teams are already working on them, probably just waiting for cell prices to fall. As we’ve seen with Metabo tools this could also mean better performance from many of their existing cordless tools.

We have been very impressed with Metabo Tools over the past few years they were the first to launch 4.0Ah, first over 5.0Ah and now the first to move to LiHD cells. As we saw last week they are really focused on metal and concrete trades and offer a wide range of specialty tools for those professionals nobody else makes. We like that they aren’t in big box retail which means they don’t have to hit price points by sacrificing quality. They can use metal gears instead of plastic, can wind more copper into their motor or jump to the new lithium cells sooner because their customers are professionals who can see the value of a higher priced tool that’ll lasts 2 to 3 times longer as a better deal.